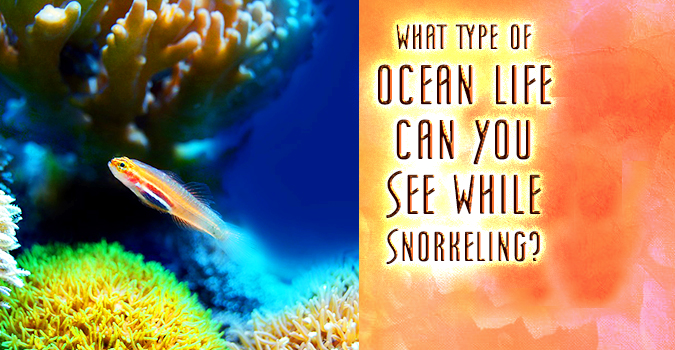 Snorkeling is a fun way of exploring and discovering many things underwater. It is a way of enjoying and appreciating the ocean life. Coral reefs and different species of fish are the most common things we see while snorkeling. But did you know that the type of ocean life we see may differ depending on where we would go snorkeling? This is what makes snorkeling more exciting, it enables us to see different things and experience different types of ocean life in every snorkeling spot we go to. Hawaii is located in the middle of the Pacific Ocean making it a home to some interesting marine inhabitants. This makes it a perfect place to go snorkeling. Here are some of the marine life you will be able to see when you go snorkeling in Hawaii.

Only a few of the fish species in Hawaii are endemic, meaning, the types of fish you will see here are found only in Hawaii and nowhere else in the world. Two of the common fish that you can only find in Hawaii are the millet seed butterflyfish and the saddle wrasse. Hawaii has many islands and you will be able to find a common fish around one island that is considered rare at another.

This includes lobsters, crabs, octopuses, snails, shrimps, sponges, and sea urchins. Aside from these common ones, another invertebrate that is common in Hawaii are cowries and these are found along the rocky coastlines.

Unlike the vibrant colors of corals we usually see when we go snorkeling, the corals in Hawaii are not as vibrant and as colorful as them. Based on some scientists, it’s because of the relative youth of Hawaii’s volcanic islands. The Kona Coast in Hawaii has the greatest concentration of near-shore coral species.

Another wonderful ocean life that you’ll see when you go snorkeling in Hawaii are green sea turtles. Sea turtles have almost mythic status in the Hawaiian culture and some Hawaiians even consider them as their ancestral guardian. They have been around the Hawaiian Islands for over a hundred million years.

Humpback whales migrate to Hawaii from Alaska during the winter months. Female whales give birth in the waters of Hawaii because there are only few predators there. They can be found throughout the archipelago from Hawaii Island to Kauai. But the most number can be found in sheltered waters between Maui, Lanai, and Kahoolawe. If you want to see humpback whales, it’s better to go snorkeling in Hawaii from January to March.

The spinner dolphins in Hawaii can be seen resting in near-shore, sandy bottom bays during daylight hours and they tend to forage offshore at night. Spinner dolphins have long and narrow beaks, and distinguishing coloration. They have a dark grey dorsal side, medium-grey flanks, and light grey belly.

The Hawaiian Monk Seals are one of the most endangered marine animals in the world. Majority of them live in the chain of low-lying islands that make up the Northwestern Hawaiian Islands but some of them can also be found in the main beaches of Hawaii such as Kauai, Oahu, and Molokai.

Like any other ocean, the waters of Hawaii have its share of sharks and rays as well but the majority of sharks that snorkelers and divers will see under ledges and around the reefs are non-aggressive. The species of rays found in Hawaii are manta rays which are cousins to the shark. They are not commonly found on the reed and they do not have a stinger. One of the richest marine ecosystems on Earth is the Belize Barrier Reef. It runs the full length of the Belizean coastline. Its shallow protected waters is a home to thousands of patch reefs which are ideal for all levels of snorkelers to experience.

Some of the common reef fish you can see in Belize are Queen Triggerfish, Rock Beauty Angel Fish, Lionfish, and Nurse Shark.

Belize is also rich in corals like in other snorkeling spots. Two of the wonderful types of corals you will be able to find in Belize are brain corals and tube sponge corals.

You may also encounter some stingrays when you snorkel in Belize. They are two kinds of stingrays that you may see – yellow stingray and southern stingray.

Aside from species of fish, there are also other marine animals to see in Belize such as sea anemones, sea urchins, hawksbill turtles, and sea horses. 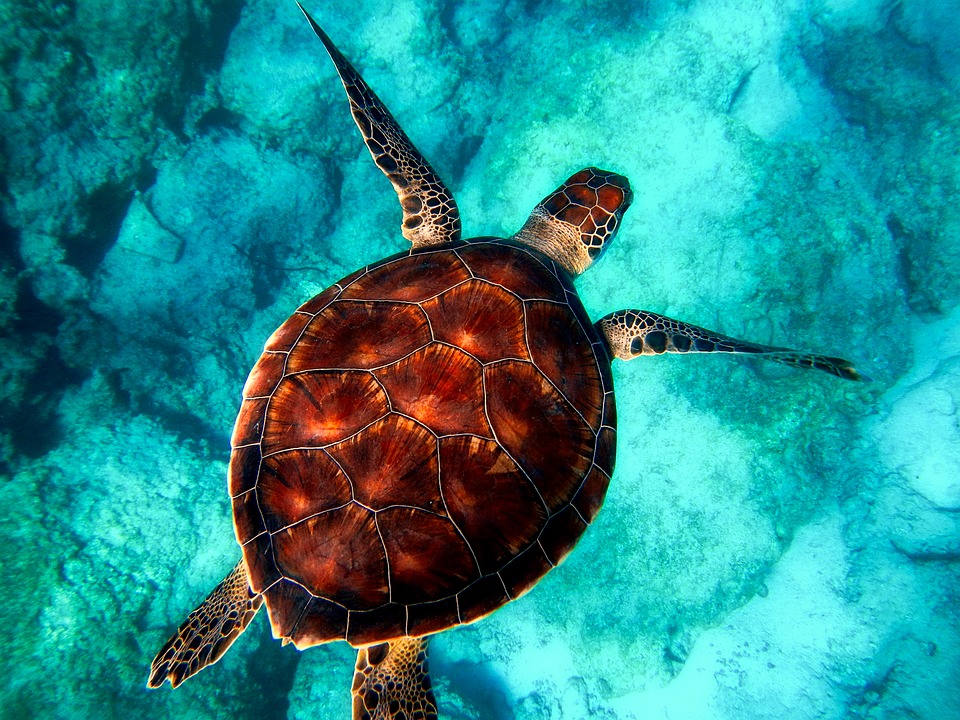 The reef sites of Cancun are home to hundreds of different species of sea life. Here are some of the ocean life you can expect to see when you go snorkeling in Cancun.

There are three main species of sea turtles that are commonly seen in Cancun. They are the Green Turtles, Hawksbill, and Loggerheads. They come up onto Cancun’s beaches during nesting season from the month of May to September. You will commonly see these turtles swim past you while snorkeling.

Starfish are abundant among the natural gardens of Cancun and its surroundings. Whether you will go snorkeling in Cancun or you will just swim around, it’s certain that you will come across many starfish that are brightly colored.

Nurse sharks are mostly seen lying close to the coral reef of Cancun. These sharks are non-threatening and it’s safe to swim around with them. However, they are nocturnal and only those certified divers who will do a night dive might encounter them.

Aside from turtles and fish species, there is also an underwater museum in Cancun. If you book a snorkeling package there, you will be able to see the intricate cement figures underwater.

Most of us are taught to avoid jellyfish when swimming because of the consequences we can get from their sting. But when you go snorkeling in the Jellyfish Lake in the South Pacific, you will be able to swim with lots of jellyfish without fear.

Jellyfish Lake is one of the world’s best-snorkeling destinations. The golden jellyfish that can be found here have lost their potent stings after generations of swimming in predator-free water. This means that you can bump into them while snorkeling.

Snorkeling in the Champagne Reef in Dominica can be a once-in-a-lifetime and one of the best experience underwater. It’s because you will be able to witness in this snorkeling spot the geothermal activity of underwater volcanoes and the bubbles will tickle your skin.

There are certainly a lot of types of ocean life we can see in different snorkeling spots in the world. Some of them are breathtakingly beautiful, some are weird, and some can be scary, but they are able to light our senses and soothe our souls whenever we go snorkeling. So, what type of ocean life do you want to see in your next snorkeling adventure?